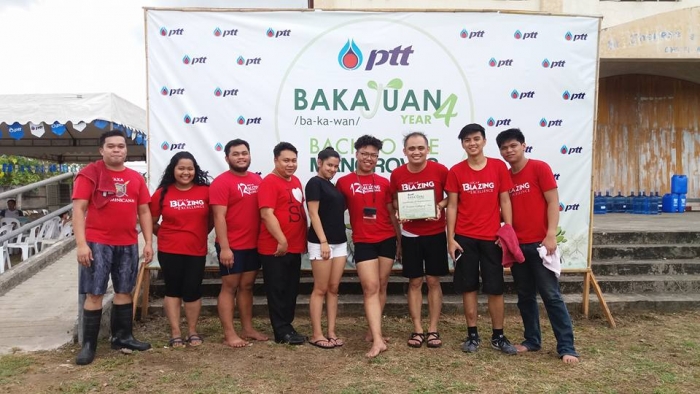 It is a truth universally acknowledged that a person who plant good seeds in the present therefore shall reap an abundance of harvest in the future.

One good example of exemplary is St. Dominic College of Asia is an institution which holds great significance to its core values which are Service, Dynamism, Competence and Accountability.

On June 8, The 4th mangrove planting event was conducted in recognition and celebration of the school on the newly found partnership between PTT Philippines. It is one of the wholly owned subsidiary companies of Thailand’s largest oil and gas company .”

The said event was conducted on the area of San Rafael IV, Noveleta. It was organized by Mr. Jonathan Velustria Sta. Ana ,Director of DSAS (Department of Student Affairs and Services).

One of the notable participants in the mangrove planting were Keith John Zedrick Rodriguez, the President of the organization of ADC (Association of Dominican Communicators) along with the CCSC (Central College Student Council ) ,Mr. and Ms. SDCA 2016 ,Gateway group of Publications members and the other roughly thousand attendees of the affair.

It was followed afterwards by the significant highlight which was the signing of partnership between SDCA and PTT Company then the occasion closed with the successful forged of partnership and a solemn prayer.