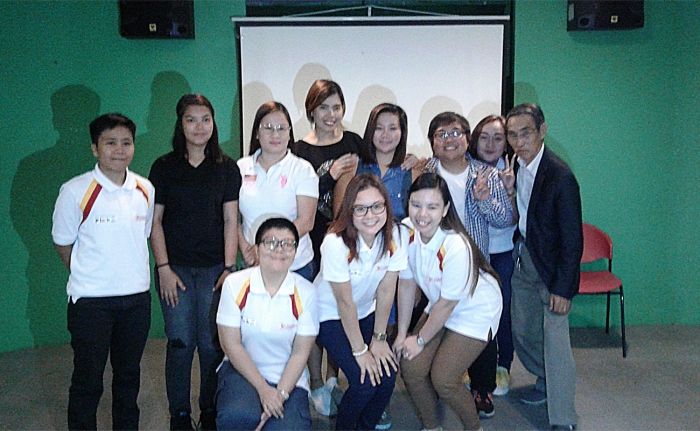 An orientation intended to welcome and enlighten the new batch of students enrolled in the Japanese language class was also conducted. The alumni students of Nursing from the program’s first batch were also present for the orientation.

It started with President Gregorio Andaman Jr. introducing the foreign guests and the intended agenda of the orientation. He reminded the alumni of SDCA of the Dominican core values which had contributed to the success of their immersion in Japan. He also welcomed and encouraged the program’s new students.

Five students from the program’s first batch also shared their insights and experiences as caregivers in Japan.

According to Ms. Judi Pearl Sanches, an alumnus of the program, learning the Japanese language is a hard task especially when they went to Japan for the immersion but with hard work and dedication it became easier.  While they were there, they had not only learned the Japanese Language with ease. They also gained new experiences as well.

Majority of them voiced out their gratitude to Mr. Kato, and to St. Dominic College of Asia for supporting them in their endeavors.

Kawashima, the program’s professor gave a short speech on his expectations from the students and what they should look forward to in his class.

The event was attended by the following board members of the school, Dr. Marita Andaman-Rillo (Chairman of the Board of Trustees), Ms. Dr. Nilda W. Balsicas, (Vice-President for Academics and Research) and the other academic members of the SHSP (School of Health Science Professions ) department along with their Japanese partners, Mr. Atsumi Roiguchi of Value Asia.

The orientation ended with a closing remark by Dean Roa and a campus tour for the foreign visitors.

Read 3902 times
Published in What's New
More in this category: « 11th Commencement Exercises: "Sustaining Gains in Quality Education" SDCA Celebration of New Partnership with PTT Company along with the Annual Mangrove Planting »
back to top