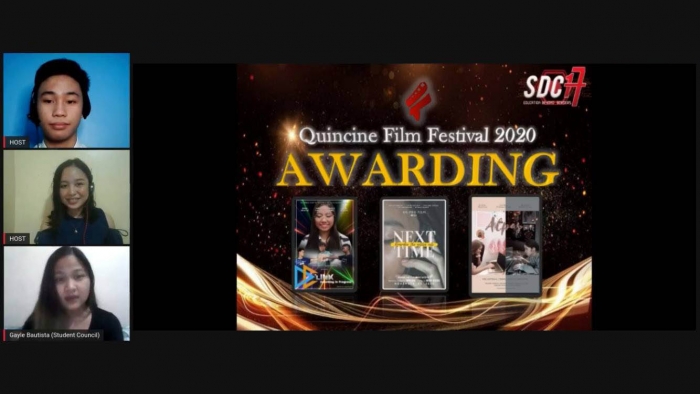 Competing Films: Next Time from 11-Galileo Galilei (STEM), Alpas from Grade 11 Albert Einstein (STEM), and Link: Synching in Progress from the Tech4Youth organization split the awards in this year’s first-ever online Quincine Film Festival held November 23-24 via Zoom as they have their shares of the honors.


Next Time secured the title for Best Picture, Best Screenplay, and Best Film.


Lastly, the annual film fest showcased two sets of films for audiences to choose from: the official films and classic Quincine films, composed of creations from the alumni.