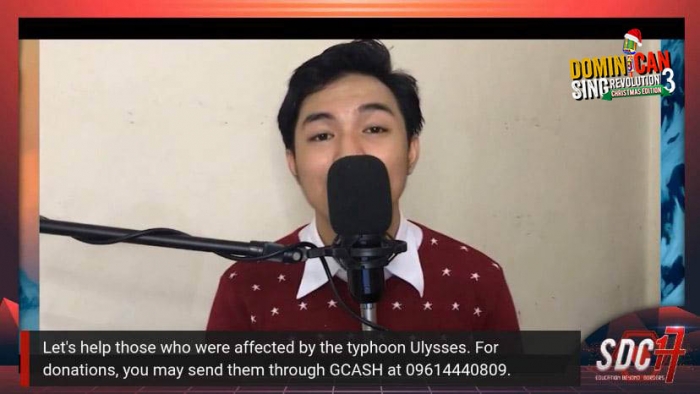 Senior high Dominicans made their way up to the top three spots of the DominiCAN Sing Season 3 "Home for the Holidays" grand finals via Facebook Live, November 27.


"To be honest, I didn't expect that I would still be part of the DominiCAN Sing this year since I auditioned late. Instead, I had hope," Rull remarked.


Moreover, he was hoping that his piece would be considered and take part of the singing competition for he had alumni friends who also won in the previous season.


"It has been my dream to be part of [the DominiCAN Sing] since I first saw the audition posters when I was [in] grade 9 and the moment that Claire Enriquez informed me that the said competition will be pushed through, I thought of joining since it is now my last year in SDCA," Rull added.


Meanwhile, Burdeos expressed his message to fellow aspiring Dominicans who also want to venture to singing competitions. “...Never be afraid to go beyond your comfort zone because sometimes, you will only see victory and fulfillment when you go beyond your limits. Always keep the flame of dreams in your heart and never get tired of trying,” he advised.


Talking about their preparations, Enriquez emphasized some helpful tips in maintaining vocal health. "...The most important thing is to drink warm water every morning to keep your vocal chords healthy," she shared.


Enriquez also made her way to the grand finals during the previous season, but was unable to compete due to health issues.