Written by Carlos Dominic L. Alvarez and Aishah B. Jimenez 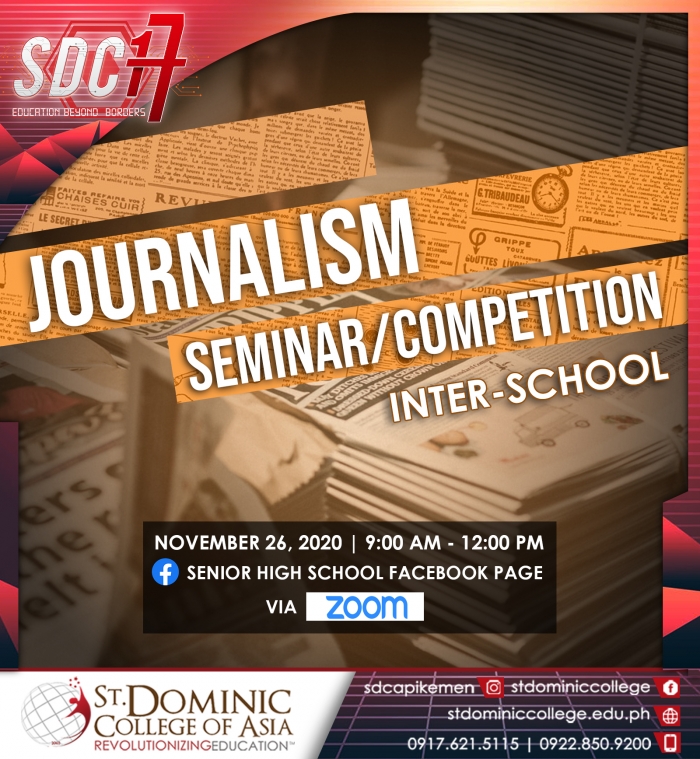 
Following the postponement of this year’s schools press conferences nationwide because of the pandemic, the school and its publication hosted the online journalism conference as an alternative for students to hone and showcase their skills in campus journalism. Specifically in categories of News writing, Editorial Writing, Feature Writing, and Photojournalism.


Among schools that joined the online competition, six of them bagged places in both English and Filipino categories. St. Alphonsus Liguori Integrated School sweeped off the majority of the top spots.


Furthermore, school paper adviser, Julie Anne Zamuco stated that it was possible to have an online journalism competition as people are all creatively adapting to the new normal.


"I honestly think that the move of St. Dominic to hold an inter school journalism competition was a great opportunity for other schools to think that it is possible to have an online contest. " Zamuco stated.


Apart from this, she concluded that the challenge for student journalists now is that they must be more responsible in their duties.


“They have all the time to make an impact and use their own voice in this time of crisis. More than ever, this is the time that we needed them the most." she remarked.