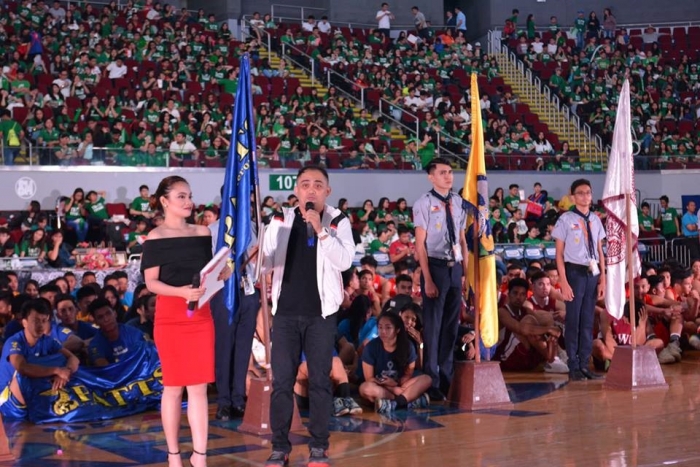 
After two years, SDCA was given the chance to open the athletic sports organization, ISAA, again after hosting the 6th season. The ceremony started by Doxology led by La Consolacion College ManilaChorale and the singing of the Philippine National Anthem by TYTANA Chorale and Dominican Dance Company holding the National Flag.

SDCA President, Dr. Gregorio A. Andaman Jr., expressed his gratitude of having the honor to host the eighth season of ISAA and congratulated the ISAA President, Ms. Melanie Florentino, for being a trustee in the Samahang Basketbol ng Pilipinas during his welcome remarks.

Ms. Florentino, introduced the guest of honor Mr. Sonny Barrios, the executive director of Samahang Basketbol ng Plipinas and former Philippine Basketball Association Commissioner. “Enjoy the game. If you don’t enjoy it, you might as well not make it. My advice is that there’s no success when there’s no hard work.” Mr. Barrios said during his speech about the importance of hard work in achieving success in Philippine Basketball.

The search for Ms. ISAA 2016 highlighted the opening ceremony. Most valuable player in last year’s basketball league, Mr. John Paul Manansala of PATTS led the Oath of Sportsmanship. The ceremonial toss which was led by Mr. Barrios and Ms. Florentino together with the team captains of each school concluded the opening ceremony.
Read 2040 times
Published in What's New
More in this category: « SDCA wins Miss ISAA First Runner-up CCSC: Committed to Service Excellence »
back to top