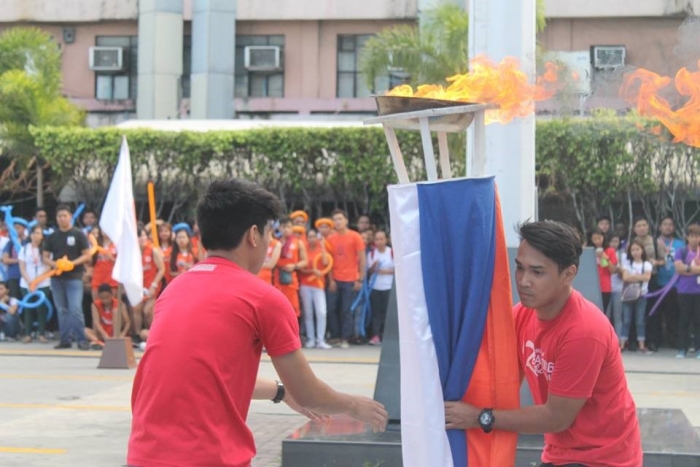 Dominicans once again light up the spirit of sportsmanship as SDCAlympics 2016 was officially opened, March 4, at St. Dominic College of Asia (SDCA) school grounds.


Students, players and as well as spectators from different departments attended the opening ceremony which was started by the flag raising led by SDCA’s Tagintinig Representatives and athletes from the Purple Aztecs, Blue Spartans, White Crusaders, and Orange Paladins also joined the parade of athletes, giving pride to their respective departments along with their Mr. And Ms. Fresh Face 2016 representatives.

The members of the Student Leaders Council spearheaded the lighting ceremony which marked the opening of SDCA’s intramurals and was followed by the message given by SDCA’s president Dr. Gregorio A. Andaman Jr. and as Mr. Jonathan Velustrua Sta. Ana, the Students Affairs and Services Director, presented the mechanics, he also quoted that “the games will not define you, but rather it is how you played the game.”

Different intermission numbers from each department showcasing the talents of the Dominicans were also presented during the opening ceremony and was followed ny the Oath of Sportsmanship led by Pol Angel Delos Santos, the Most Valuable Player of SDCAlympics 2016.

A new sport in the institution also took part in the event as the Dominican Taekwondo Jins showcased the sport’s discipline and practices in this Korean martial art.

Cielo Marie Salibio and Diego Miguel Casil of the Orange Paladins were hailed as the winners of Mr. and Ms. Fresh Face 2016 giving points to their respective academic organizations.