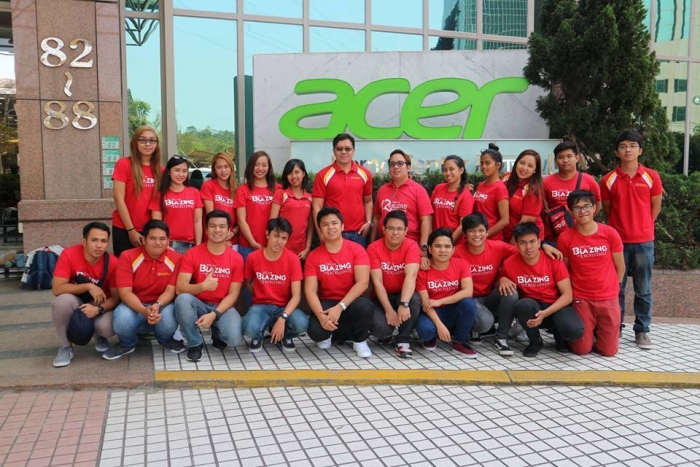 Twenty students of IT/CS went to Taiwan, to attend a seminar at the Acer Headquarters, where they had the opportunity to meet the company’s Team Marketing Heads; Mr. Gibson Lin and Mr. Roger Wu. The experts shared about the plans for Acer and discussed the new product line and innovation of Acer’s computers and mobiles.

The seminar is one of SDCA’s privilege in its partnership with Acer Philippines on October 2016, where it was given a loyalty award with benefits that can be converted to training opportunities.

The students also had the privilege to visit the Acer’s design room, which is a rare opportunity because it’s not open to the public. There, they were able to learn how the company conceptualizes their products and witnessed how the Acer Predator X21 Gaming Notebook was built from scratch.

Aside from the seminar, the students also had the chance to tour around the country. They strolled around the place, including the famous Taipei 101 tower in Xinyi District, the world’s tallest skyscraper. Gian Carlo Medina, one of the IT/CS students, said that “We thought that it’s just a rural country but everything was on high tech. The buildings were old but their foundations were strongly built.”