SDCA Ignites The Vision at 19 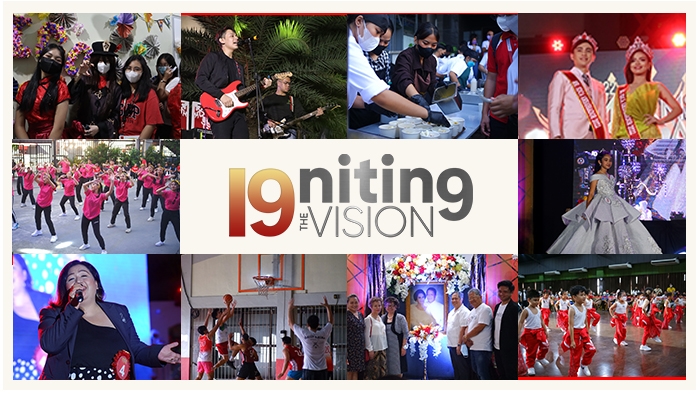 St. Dominic College of Asia celebrated its 19th Founding Anniversary last November 25 to November 28, 2022. After two long years of celebrating this event virtually, the SDCA community was able to gather together again at the SDCA campus.

During the week-long celebration, students from the Basic Education to Higher Education enjoyed different competitions, booths, variety shows, and many more!

One of the main highlights of this event was the Exhibition Game of the alumni versus the new Dominican Pikemen. Students cheered at the Skyline Gymnasium as both teams competed against each other.

The SDCA Board of Trustees gathered together at the One Asia Heritage for the launching of its Founders Corner, Don Gregorio and Doña Dominga Anico Andaman last November 28. This will serve as a marker for their bust which will be unveiled during the 20th Founding Anniversary of the institution.

The TUV Nord Philippines also joined the celebration as they presented the ISO 9001:2015 certificate to the SDCA community after it successfully passed the level 1 and level 2 evaluation visit last October 2022. PACUCOA certificates were also awarded to various programs of SDCA during this event for achieving the requirements set by PACUCOA accreditors.

The celebration culminated with the Grand Coronation of the Mr. and Ms. SDCA of the Higher Education department, crowning Mr. Nursing and Ms. Accountancy.
Read 102 times
Published in What's New
More in this category: « SDCA Extends Aid to of Typhoon Paeng Survivors SDCA Receives Award for Top 3 Colleges with Highest Accredited Programs in the Philippines for the Third Time »
back to top