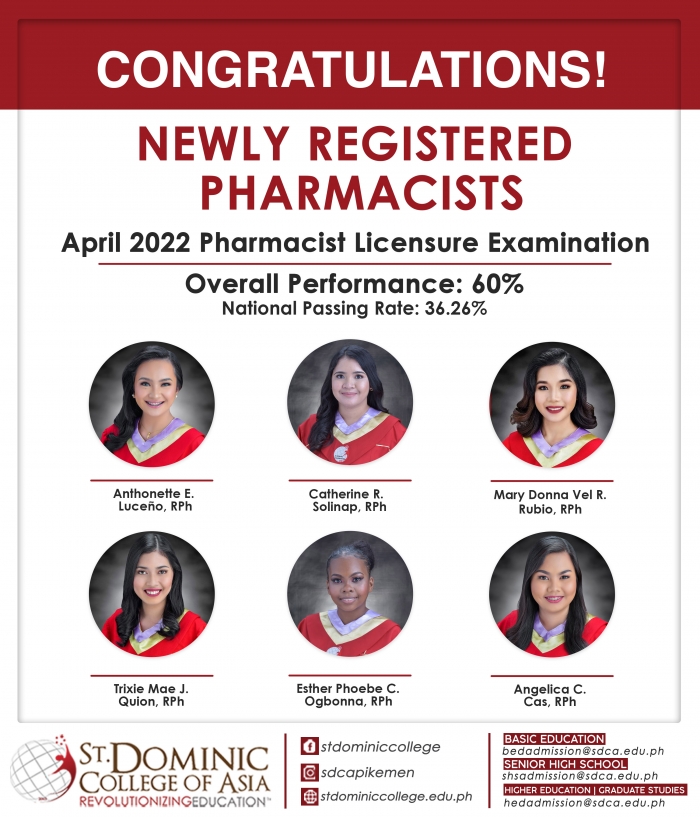 The School of Health and Sciences Professionals (SHSP) continues to create excellent medical and care professionals by producing newly Registered Pharmacists (RPh). St. Dominic College of Asia is well prepared and capable of bringing professionals to the next level by constructing a passage to the healthcare environment.

With the continued excellence of SDCA's SHSP, Dr. Joel G. Matamis, SHSP Dean, stated, "I've always considered that the great preparations we've been doing since the beginning are the most crucial. Preparing the students from the beginning of their academic journey is one of the keys towards this success."