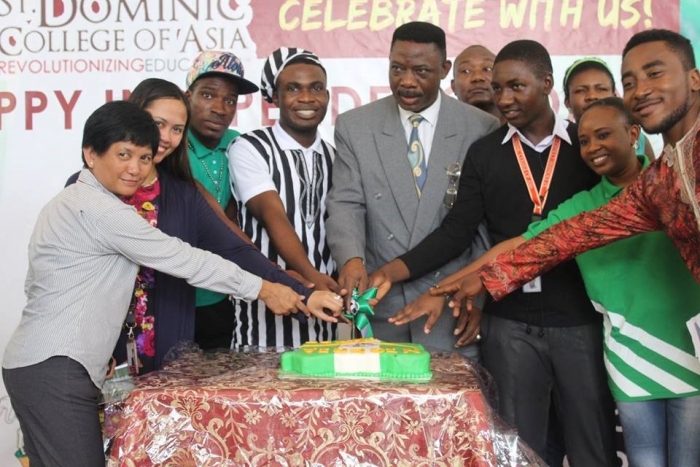 
In 1960, Nigeria gained independence from UK as a Commonwealth Realm.

It states that Nigeria is a sovereign state and UK can only have a connection with them in their own volition.

Their freedom from the European colonizer also ended the vulgar slavery.

This celebration has been a custom every year due to their increasing population in SDCA.

“I feel excited to be alive to witness this day and I am glad we’re growing.” Khadijat Jimohn, International Students Association Financial Secretary, said.

The program ended with the symbolical slicing of cake resembling the joyous flag-raising happened way back in 1960.
Read 2289 times
Published in What's New
More in this category: « SIHTM holds Junior Professional Summit Literato to kick off its 9th year »
back to top