Dominicans prepare for “The Big One” 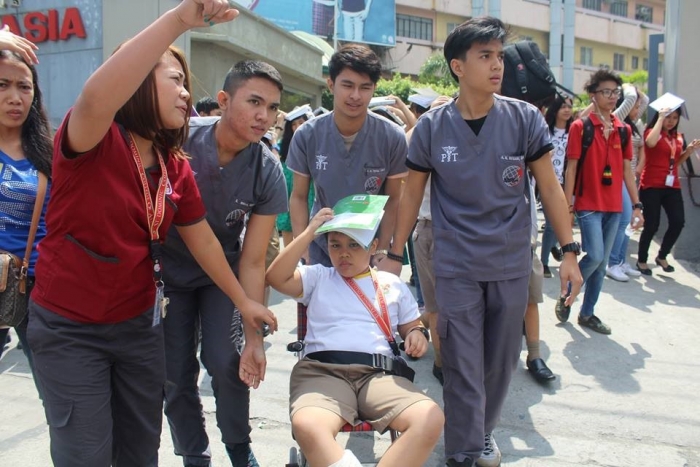 In accordance with the National Disaster Risk Reduction and Management Council’s campaign in preparing for what they call “The Big One”, St. Dominic College of Asia conducted an announced earthquake drill, July 27.


Everyone in SDCA participated in the drill. Since the earthquake was expected to be 7.2 magnitude earthquake, everyone will be affected wherever they are.

SDCA Students occupied the Bacoor Boulevard formerly known as Molino Boulevard as the assembly area for the drill. According to Mr. Noel Manandas, transportation and general services officer who spearheaded the event, this will the safe area for the students and staffs and employees if the disaster happens.

He also said that the drill is doable during the disaster itself but there are still things to improve. The drill aims to promote a culture of preparedness among Dominicans for a possible movement of the West Valley Fault.
Read 705 times
Published in What's New
More in this category: « BMLS wins back-to-back SLC elections SDCA participates PTT Sibol »
back to top